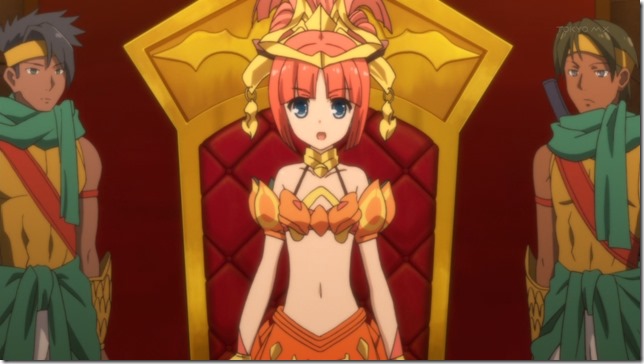 The Rise of the Fire Dragon festival has begun! Who’s going to pay all that property damage Izayoi and Kurousagi caused?

Right from the start, Mandora irritated me with his attitude to our cast of misfits. Luckily, it’s balanced out by how adorable Sandora is. Shiroyasha explains that the reason the No-Names are there is because a prophecy that a Demon Lord would attack at the festival. 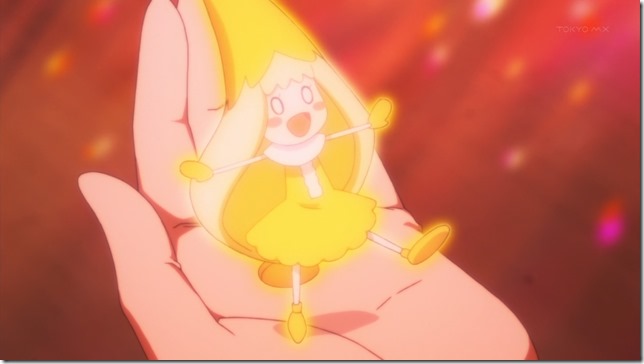 Elsewhere, Asuka is out and enjoying the festival with her newfound faerie friend. Asuka finds out the faerie is part of the Rattenfänger community. They go to see the exhibits of the various communities and come across Dean, a giant robot designed by the very same Rattenfänger community the faerie is a part of. I was wondering when we would see it considering she summons it in the OP.

The lights go out, and they are attacked by evil, possessed rats. It seems that even though Asuka’s power initial seems so powerful, the show continues to hit home that her power isn’t really all that powerful. I mean, they’re just rats! Luckily, adult-form Leticia comes in to save the day. Leticia in her adult form was pretty impressive, but what is up with that outfit? Oh dear. Add a few more zippers and you have a Kingdom Hearts character. 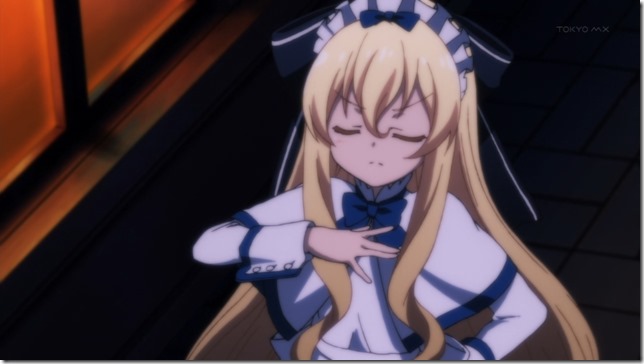 For a show that is only 10 episodes, they sure spend a lot of time bathing. I’m not going to complain, mind you, especially since we get to see more adult-form Leticia. The commentary of both Izayoi and Shiroyasha describing the girls of the show had me laughing. Their continued  harrasment of Kurousagi is always amusing.

Things turn serious when they talk about the next opponents in the tournament as the other two communities participating outside the No-Names and Salamandara are Will-O-Wisp and Rattenfänger. Rattenfänger, of course, is tied to The Piper of Hamelin.

This all ties back to the rats that went after the faerie and Asuka earlier in the episode. I’m not sure how the giant robot and the faerie are tied into the whole mythology of Rattenfänger, but I guess we’ll see! 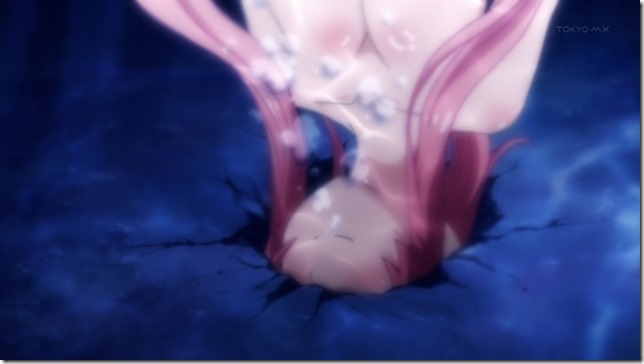