Finally, a battle! The No-Names go against the Perseus community in a Gift Game. What does Luios have in store for them?

We finally get to see the trio working in harmony as opposed to each one doing their own thing. Izayoi laying out the game plan, and each of them performed their task. Asuka laid out the distraction and using the gift of the water tree to take down everyone in the first room. Kasukabe  using the ultrasonic waves to find the captain of Perseus’s forces was pretty neat! Of course, this is all just a prelude to the main event.

Luios decides he’s above personally fighting Izayoi, so he summons the demon Algol. Kurousagi notes that the demon is on the same level as Shiroyasha which is an interesting tidbit for future episodes. Algol starts off with an incredibly loud cry, followed up by a Gargon beam that hits all of Luios’s men along with Asuka and Kasukabe, turning them all into stone. Algol goes after Izayoi, only to get lifted up and slammed! At this point with the show, it’s pretty clear how overpowered Izayoi is. Luios tries to attack Izayoi from behind, only for Izayoi to dodge it. Luios commands Algol to attack with its final attack and again Izayoi counters and kicks the beam attack! Seriously, Izayoi’s unstoppable 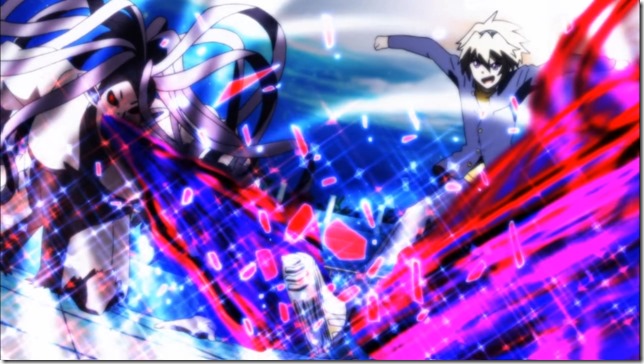 With Luios defeated, the Perseus community is no more. Leticia recovers and now she’s now a maid! This episode was definitely action packed. I’m enjoying the pairing of Kurousagi and Izayoi immensely. The back and forth comedy routine between the two of them is always a delight. Izayoi’s promise of getting their flag posted amongst the stars was wonderful. We’re at the halfway point with the anime,  so I’m curious how they’ll tie things up. 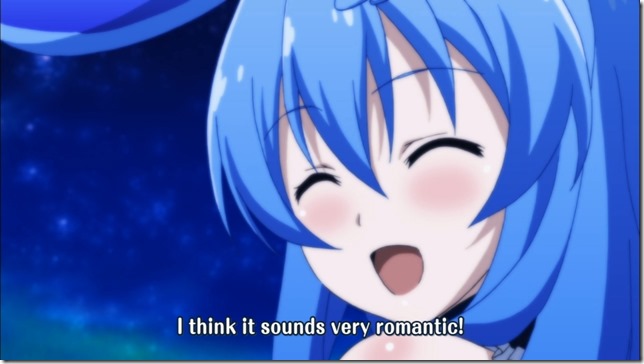